A note from Kelly King: I’m excited to introduce you to one of our new LifeWay trainers, Marshelle Wilburn. As we end the month of February, it is good to continue what we began last week in regard to Black History Month. Marshelle encourages us today to recognize we are all included in the “Unseen Seen.” God does see you, and He has a plan for your leadership journey.

Have you ever been one of the only or one of a few in a setting where you felt out of place as the looks of others acknowledged your minority status? It can be challenging and even unnerving depending on how much confidence you have in the reason for your presence in that homogeneous environment. These situations can cause feelings that range from awkward to unwelcome, and the resulting actions include either bearing the uneasiness or exiting that space where you perceive you don’t belong.

For women, this is a familiar reality, and it is even more so for women in leadership as we break out of perceived roles into our purposed personas designed as God planned.

So let’s take this a step further…

“It is very clear to her and others when a woman of color walks into a room.” This was shared by a co-laborer in women’s leadership at an annual summit as she spoke on racial reconciliation. Her statement was glaringly true and reminded me and every woman there of the elephant in the room; it was a truth that can cause concern regarding where the conversation may lead. Though such conversations need to happen to diffuse the massive shadow that unawareness can cast, they often don’t.

Unseen (unnoticed, invisible, overlooked, veiled, made obscure, minimized, ignored) yet seen (detected, identified, noticed, watched, scrutinized, evaluated) is a reality women face as we strive to take our place as the valuable, capable counterparts God ordained in Genesis 1:27-29. He created mankind in His image—male and female—charging them to be fruitful and rule. Unseen seen is even more of an issue for a woman of color, whether she chooses to be the object of attention or not. Unapologetically, the melanin of her skin, the texture of her hair, or the inflection in her tone can provide representation of her ethnic uniqueness before she can speak a word.

In Black History, there are countless examples of this truth. Phillis Wheatley was one of the first African American poets and a psalmist who didn’t gain recognition or publication until long after her death as an impoverished, emancipated slave, though she was deemed articulate and gifted in prose. Sojourner Truth, formerly known as Isabella Baumfree, was not only an abolitionist and a women’s rights advocate, but she was also a preacher and the first Black to file a lawsuit in pursuit of regaining custody of her son who had been sold illegally as a slave. These women stand out in Black History, but others like Nannie Helen Burroughs are unseen seen. Ms. Burroughs accomplished much for women of color as a religious leader, gaining notoriety with her speech, “How the Sisters Are Hindered from Helping,” at the National Baptist Convention in 1900. This transformed the role of women contributing to the advancement of organizational ministry. She expanded her leadership by ensuring young women were trained to be leaders by founding a school for girls in Washington, D.C. which still stands as a national landmark.

Though these women could have remained in the background and been silenced by feelings of non-acceptance or fear, they chose to step out in faith and boldly pursue their callings and God-ordained purposes which became their passions.

Have you ever considered you were meant to be a page in history for women to read as an encouragement to be true to their divine callings as well?

Whether you’re a woman of color or not, you are a member of the Unseen Seen.

Until we take our intentionally-ordained places in history as daughters of the King who are called for divine purposes, we may be remiss in fulfilling God’s plans for us. Like Esther who “for such a time as this” (Esth. 4:14) or Deborah, the only female judge of Israel and “a mother in Israel,” or Jael, though a tent-dweller’s wife was deemed “most blessed of women” in Judges 4 and 5, it’s necessary to accept our challenge to step out of the shadows of unseen and be seen impacting lives entrusted in our sphere of influence.

Why fight or attempt to change the identity with which God fashioned you? As the intentional God He is, He created you with specific plans in mind. There is no other like you, woman of God, so embrace that fully. Don’t allow the uniqueness of your curves or the melanin of your skin to be the reason you are unseen.

“Let your light shine before others, so that they may see your good works and give glory to your Father in heaven” (Matt. 5:16). 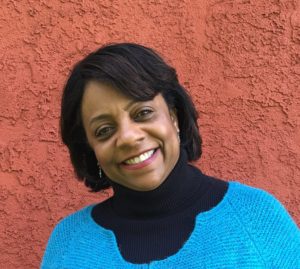 Marshelle Jackson Wilburn is a California native, wife, mother of five, urban church planting missionary, international leadership trainer, speaker to diverse audiences, and writer. She partners in ministry with her husband, Port, Executive Director of Missions of the San Francisco Peninsula Baptist Association and pastor of Rock Harbor Christian Fellowship. Since 2007, she has been in management at one of Northern California’s largest homeless shelters, Bay Area Rescue Mission. With a degree in Clinical Psychology and a career in education, she is passionate about teaching and encouraging others to deepen and strengthen their relationship with Christ for exponential kingdom impact and live their life’s purpose fully. Her loves are being a wife and mom of four daughters and one son who fill her with joy, spending time with family, simmering in, studying, and teaching God’s Word, beaches, and coffee.