A note from Kelly King: Looking for the right people to join your leadership team? In today’s article, Merritt Johnston gives all of us some values that line up with values Christ sought from His own team. If we are to lead like Jesus, then our teams should reflect women who are willing to sacrifice and be bold. If you would like to hear Merritt in 2019 at You Lead, she’ll be in Eugene, Oregon on July 26 and Green Bay, Wisconsin on August 9. Click here to register.

Ever felt like you were playing every part there is to play within your women’s ministry? If so, you’re likely on a dangerous ministry path, somewhere between frustration and sheer exhaustion. Without question, developing a dynamic leadership team can be one of the most challenging tasks a leader faces, but it is also one of the most rewarding.

So what should you be looking for in a team member? To answer that question, let’s look at the characteristics Christ most valued in His leadership search.

Christ called those who were willing to follow His lead.
In Matthew 4:18-22, we find the story of fishermen who became followers. They were busy at work when Jesus arrived on the scene, but they were quick to heed His simple call to follow. In verse 20, it says, “Immediately they left their nets and followed him.” Simon Peter and Andrew did not debate or delay; they just obeyed. Then in verse 22, it tells us James and John immediately “left the boat and their father and followed him.” The ones who were raised on the water left all that was comfortable to go into uncharted waters with the Son of a carpenter. As leaders, we need to be following Jesus with that type of faith and inviting others to join us in that call.

Christ called those who were willing to make sacrifices.
When we first meet Zacchaeus in Luke 19, he’s known more for stealing than sacrificing. Yet when Jesus calls him, Zacchaeus commits to give away half of all he has to the poor and to repay four times the amount he stole. He not only repented of his present sin, but he stepped out even further to make restitution for his past. He was willing to sacrifice the thing that once meant the most to him—money—in order to be the type of person Jesus believed he could be.

Christ called those who were willing to be bold when others would not.
After Jesus’ death, Joseph of Arimathea was quick to take action. With most of the disciples somewhere on the scale between denial and desertion, Joseph “came and boldly went to Pilate and asked for Jesus’s body” (Mark 15:43). When others cowered and scattered, Joseph chose to stand and speak.

Within your women’s ministry, this translates into:

A woman who is wholeheartedly seeking God and following the Spirit’s direction in her life.
Her ability to trust God’s authority is a reflection of her ability to trust your authority as well. To lead well, one must know how to follow. Be wary of those who want to bypass the skill of following on the road to leading.

A woman who is committed to serve in both good times and bad.
Ministry can be challenging, and in those moments, you need leaders who will be courageous even in the face of conflict. Seek women who will not only stand in prayer against the enemy, but also against sins like gossip and envy that can so easily derail a ministry.

Do you know a woman like this? Follow Jesus’ lead and prayerfully ask her to join the work God is doing through your women’s ministry. 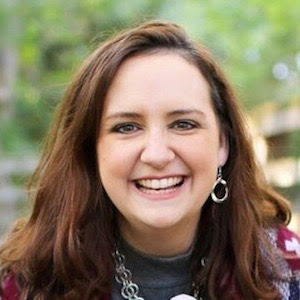 Merritt Johnston has been serving in full-time ministry since college when she co-founded a ministry for young women called SAGE Ministries. She has also served on staff at several churches, including four years as Director of Women’s Ministries at Lake Pointe Church in Rockwall, TX. In addition to her ministry within the local church and non-profit sector, Merritt has also served for eight years as a hospital chaplain at Baylor Scott & White Medical Center. She is an education junkie who has been in some form of school most of her life, the latest being the completion of a Master of Divinity from Grace School of Theology in May 2018. Merritt and her husband, Jeremy, make their home in Brenham, TX, where they are currently raising three rambunctious kids and a renegade dachshund.