Four years ago I attended my first Martin Luther King, Jr., parade. I will admit, it wasn’t on my personal agenda, but my son was working for a local Boys and Girls Club of America chapter, and he was responsible for their float that would make its way through the streets of downtown Oklahoma City. I didn’t want to miss seeing the children from his club, and I honestly didn’t want to miss seeing my redheaded, blue-eyed young adult son participate in the parade. I knew he would be a visible contrast to the rest of the predominately African-American crowd.

As I stood on the sidewalk lined with people honoring Dr. King, I was struck by my own feelings of being in the minority that day. I was struck by my lack of diversity among those I led, and I was reminded of God’s great design—that every man and woman of every race was created in His image. I was reminded heaven looks very different than those I spend most of my time with, including those with whom I worship. It was, in short, humbling.

Today marks 50 years since the assassination of Dr. King. I was too young to remember that day, but I can honor the legacy and leadership of a man who had a dream. As one person put it, his death was not the death of his dream. While I believe there has been much progress in the area of civil rights, I’m also reminded of how far we have to go. As leaders, we should continue to be challenged by the courage and example found in Dr. King. As leaders, we should be challenged to create opportunities to bridge the divide that still exists among those of different color, different language, different economic standing, and those who are far from the Lord. Today, be a leader and minister of reconciliation, because when we do, we display the gospel. Let’s continue the dream of Martin Luther King, Jr., and reflect on some of his most famous quotes.

“Faith is taking the first step even when you don’t see the whole staircase.”

“The time is always right to do what is right.”

“We must accept finite disappointment, but never lose infinite hope.”

“Life’s most persistent and urgent question is ‘What are you doing for others?’”

“Everything that we see is a shadow cast by that which we do not see.”

“I have a dream that my four little children will one day live in a nation where they will not be judged by the color of their skin, but by the content of their character.”

“Injustice anywhere is a threat to justice everywhere.”

“The quality, not the longevity, of one’s life is what is important.” 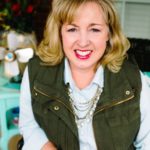