I don’t know if this is narcissistic, but I enjoy taking personality tests—whether it be StrengthsFinder, DISC, or some silly Facebook quiz that promises to provide me with insights into my psyche. Maybe I’m hoping one of the tests will reveal a different personality than what I know I am—the high D, the red personality, or, my favorite, the Lion. Why can’t I be Mary Melancholy or be more analytical and subdued? Why can’t I be the golden retriever who is loyal and sweet? Nope. Instead, I’m the one that might bite.

Maybe there’s good reason for that fear. As a preschooler, I was in Sunday School with a young boy who had a horrible habit of biting other children. While I have no vivid memory of this incident, it has been retold many times in my family. My father is an “eye for an eye” type of guy, so when he learned of this boy’s antics in the three-year-old department, he quickly gave me a Sunday morning lesson that was basically, “If Johnny bites you, bite him back.” Somehow in my determined brain, I was going to fix Johnny. Instead of taking my father’s advice to bite Johnny if he bit me first, I apparently marched into class, headed straight toward Johnny, and promptly bit his nose so hard that blood was drawn. Johnny never bit another child. My lion tendencies began early.

As a woman in leadership, I’ve learned a lot more about my domineering personality and how to use it for good and not harm. There have been more times than I want to admit that I responded more aggressively than I should. I’ve left emotional wounds with some and I’ve damaged my witness when I reacted in anger. Through my failures, I’ve learned a few lessons on taming my lion tendencies—one with self-control and wisdom. Maybe it’s due to getting a little older. Maybe my teeth aren’t as sharp as they once were. I still have my moments, but I’ve learned a few things about leadership as a lion.

Second, leading with a lion personality can change when you are with other lions. I currently work on a larger team of women and many of them also score in this personality profile. As the new lion to the “pride,” I’m navigating how to work with others who share my decisive, get-it-done attitude. As the newbie, my roar is not often heard when I’m in a room full of strong voices. Even so, I’ve learned tame lions work together very well. At least lions don’t eat each other.

Third, embrace how God designed you to lead. None of us fit entirely in one “personality box,” but the more we know about ourselves, the better we can lead others. Look for ways to include other personality types on your ministry team. Embrace other personality types by learning about each other. You don’t have to be a lion to be a leader. You just have to know how to work together in unity and harmony. This brings glory to the Father and strength to your ministry. Romans 15:5-6 says, “Now may the God who gives endurance and encouragement grant you to live in harmony with one another, according to Christ Jesus, so that you may glorify the God and Father of our Lord Jesus Christ with one mind and one voice.” 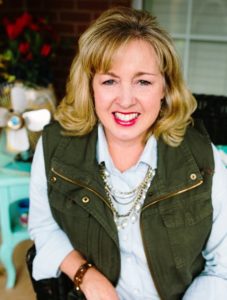