A Note from Chris Adams: How do you feel about the question, “Does Character Really Matter?” It’s obvious we don’t all agree on the character of a leader. Integrity has been compromised on all levels of leadership across the nation. Today’s article by guest writer, Stephanie Edge, challenges us to consider our own character as we lead and serve Christ.

It seems as though we cannot watch the evening news without seeing a story in which someone’s character is called into question. Polls have been conducted as to whether the American public deems the presidential candidates as honest and trustworthy. The Olympics were overshadowed by the negative news of the actions of swimmers. University students are now deciding what words should and should not be used on campuses. It is not hard to find multiple versions of the same news story portrayed. All you have to do is change the TV channel. Such stories provoke us to cry out for truth. Does character really matter?

The world is in desperate need of leaders with sound character to stand up and lead. Likewise, the church is crying out for righteous leadership. Does character really matter? The answer is YES.

Women’s leader, now is the time to be different! “You are the salt of the earth…You are the light of the world…In the same way, let your light shine before men, so that they may see your good works and give glory to your Father in heaven” (Matthew 5:13-16).

Paul’s admonition to older women in Titus 2:3-5 is a foundational call for women to teach and lead women. In addition, the book of Titus has much more to say to ministry leaders. Titus was to finish the work in Crete and to appoint leaders in every town. These leaders were to meet certain qualifications or criteria. An elder was to be “blameless, the husband of one wife, having faithful children not accused of wildness or rebellion” (Titus 1:6). An overseer was to be “blameless, not arrogant, not hot-tempered, not addicted to wine, not a bully, not greedy for money, but hospitable, loving what is good, sensible, righteous, holy, self-controlled, holding to the faithful message as taught, so that he will be able both to encourage with sound teaching and to refute those who contradict it” (Titus 1:7-9). Did the character of an elder and an overseer matter? YES. “In the same way, older women are to be reverent in behavior, not slanderers, not addicted to much wine. They are to teach what is good so they may encourage the young women…” (Titus 2:3-5). Does the character of a women’s leader matter? YES.

How then should we live? Titus 2:12 instructs us to “deny godlessness and worldly lusts and to live in a sensible, righteous, and godly way in the present age.” Jesus “gave himself for us, that he might redeem us from all iniquity, and purify unto himself a peculiar people, zealous of good works” (Titus 2:14, KJV).

Fellow Christian and women’s leader, we are called to be a peculiar people. We are called to be people of character! We have an opportunity to be different. So strangely different that people notice and are drawn to Christ through our representation of who He is. 2 Corinthians 2:14 says God puts us on display to spread the knowledge of knowing Him. We are the very fragrance of Christ and are ambassadors for Christ (2 Cor. 2:15, 5:20)

It is no small task to be Christ-like and to be His spokesperson. Will we be willing to let God so transform our character that others may be drawn to Him and find peace and rest in Him? May it be so! 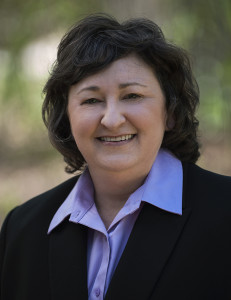 Stephanie Edge is the former Director of Women’s Ministry in Jackson, TN and a LifeWay Ministry Multiplier. Stephanie graduated from The Southern Baptist Theological Seminary with a Masters of Divinity She also completed a Masters of Theology and a Doctorate of Philosophy in Christian Education from New Orleans Baptist Theological Seminary. Stephanie currently is an Associate Professor at Union University in Jackson, TN. She has a passion for God’s Word and ministering to women.