A Note from Chris Adams: I love the boldness of this young leader, Ashley Chesnut who is on staff at The Church at Brook Hills in Birmingham, Alabama. May her tribe increase. May I find boldness to address tough topics women face in our world today and provide Truth that will lead to transformation. May this article challenge you as it did me!

Have you ever been blindsided by a conversation?

Last summer, a young single girl in our church contacted me saying she had questions about seminary and ministry, so when I showed up at a local coffee shop to meet with her, I thought that would be the direction of the conversation. But within minutes of sitting down at the table, she began pouring out her story and confessing her struggle with same sex attraction, codependency, and how she had acted out physically with another girl. The conversation reminded of a teakettle sitting on the stove, for I could tell that she had been waiting to tell all of this to someone. It was boiling inside of her and needed to be let out.

I admire her courage.

Sharing your junk with another person is hard enough, but same sex attraction has become the modern scarlet letter in the church. So for this girl to tell someone she barely knew—especially a church staff member—that she struggles with same sex attraction and wants help in dealing with her sin demonstrated to me that the Holy Spirit was definitely working in her life.

That conversation led to a discipling relationship, and for the past year, this girl and I have been meeting regularly. It has been a joy to see what God has done in her life, for she is not the same girl who verbally vomited her story to me last summer. God has not taken away her temptation—her attraction—to other females, but He provides the grace and strength for her to resist temptation.

In a recent conversation, she acknowledged that she “feels dangerous.” She fears forming friendships with other females her age because of the chance that she might be attracted to them. She fears slipping into old habits, of regressing. She feels like a ticking time bomb, just waiting for herself to go off. She feels the fact that there is no sin she is incapable of. She knows she’s totally capable of it because she’s been there and done that.

Giving into this fear of “what if” isolates her from people, which is what Satan wants, for if we withdraw from biblical community, we remove ourselves from the very family of believers that God has provided to walk alongside us and to help us grow in Christlikeness.

God has been teaching me a couple of things this past year as I have walked alongside her and a few other girls with similar stories. Primarily, I have learned the importance of being sticky. I am not going to drop out of their lives because of their particular brand of baggage. Let’s be real—we all have baggage. Some of it is just more prettily packaged than others. But people who risk being vulnerable with their baggage should know that we are not going to run away because of what they have shared with us.

First of all, for life change to happen, people need the Spirit of God, the Word of God, and the people of God. This girl needed someone who would be willing to walk with her, not run away from her. Someone who would stick to her, no matter what she said or how she reacted. But we cannot be sticky if we allow fear or prejudice or our own comfort and convenience to keep us from engaging with sinners in the first place.

Third, walking with sinners often puts you on a steep learning curve, but God keeps His promise to give wisdom to those who request it (Jas. 1:5). I knew from the get-go that I wasn’t supposed to drop out of this girl’s life, but let me assure you that I was flying blind. It’s not like I had a lot of prior experience in dealing with people who struggle with same sex attraction. Throughout this whole process, I have done lots of reading, researching, and talking with counselors. But God has been just as gracious to me as He has been to this girl. He equips us to do what He calls us to do (2 Cor. 9:8). It’s been a hard year. There’s been lots of prayer, lots of hard conversations, lots of tears and caffeine and chocolate. You have no idea how many prayers for wisdom I have prayed this past year. But God remains so faithful to provide discernment, counsel, and words to say. He gets all the glory here because it is all Him.

During this past year, this girl has carefully begun to share her story with other people because she wants to be genuine with her community and to allow God to use her story to help others. So out of curiosity, I asked her what type of response she has received from fellow believers when she tells them of her struggle with same sex attraction. It pleasantly surprised me to hear that the responses have been grace-filled and loving, not judgmental, prideful, or shame-inflicting. I would hope the church would respond in such a way as Jesus did with the adulterous woman in John 8:10-11:

Jesus stood up and said to her, ‘Woman, where are they? Has no one condemned you?’ She said, ‘No one, Lord.’ And Jesus said, ‘Neither do I condemn you; go, and from now on sin no more.’ 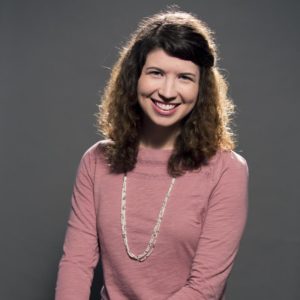 Ashley Chesnut works at The Church at Brook Hills in Birmingham, Alabama, and has a passion for discipling college girls. She also loves her city, and when she’s not at the church or meeting with girls, you can probably find her at the local farmer’s market or trying some new local restaurant.