A Note from Chris Adams: If you missed Part 1 of this article by guest writer Courtney Veasey, read it first before you see the rest of the story here!

Every person has stories from their childhood that they wish their family members would move on from telling. Seriously, one clumsy moment or irrational fear you may have had as a child is in danger of becoming emblazoned in your family’s memory as the defining characteristic of your life. Enough already…I haven’t run from a clown in twenty years, and pantyhose hardly exist anymore, so my dresses are no longer tucked inside them as I walk around in public. Let it go people. Let’s move on. I bet if Martha of Bethany could have a say about how she’s talked about and remembered (for the most part) by the church of today, she’d feel the same way. One stressful day when she was hosting a house full of people, and that’s all anyone can talk about for two-thousand years. Well, thank goodness John came along and brought redemption to Martha’s reputation.

John was the youngest of Jesus’ disciples, and his life was much longer than any of the others. This may explain why we have more of his writings, including his three epistles and the Book of Revelation. John also wrote his gospel later than Matthew, Mark, and Luke. That coupled with his designation of being the “beloved disciple,” is why he was able to give a more detail-oriented account and offer a more “interior” look at the life and ministry of Jesus. Further details are given concerning Martha and Mary and their relationship to Christ in John 11:17-44, but particular attention should be given to what he tells us about Martha.

Though Martha and Mary had summoned Jesus to Bethany to heal their sick brother, by the time He arrived, Lazarus had already died and been in the tomb for four days. Upon hearing of His arrival, Martha goes out to meet Jesus and says to Him, “Lord, if You had been here, my brother wouldn’t have died. Yet even now I know that whatever You ask from God, God will give You.” Martha’s awareness of who Jesus is, and her belief in what He can do, is astounding! For by her speech, Martha recognizes Jesus as Lord and that He has direct authority in heaven, and by her actions of unhesitatingly approaching Jesus and telling Him exactly what’s on her mind, she demonstrates that He is also a friend and confidant.

In verse 23, Jesus replies to Martha by saying, “Your brother will rise again.” To which she says, “I know that he will rise again in the resurrection at the last day.” Whoa, somebody has been paying attention in the synagogue! How would Martha know such a profound theological concept? Likely by listening to Jewish rabbinical teaching and studying their ancient texts. Martha was smart, and though we think of her as a housekeeper, let’s not miss that she was also a theologian.

John’s gospel is known for including the famous ‘I Am’ statements of Jesus, and perhaps one of the most profound of them all, is given in His response to Martha. In verse 25, Jesus says to her, “I am the resurrection and the life. The one who believes in Me, even if he dies, will live. Everyone who lives and believes in Me will never die—ever.” Jesus gives this important moment to a woman—to Martha. If ever a person stepped up to the plate to deliver a right answer, it was Martha as she immediately replied, “Yes, Lord…I believe You are the Messiah,the Son of God, who comes into the world.” Ummmm, what?! Who is this great woman of faith, and why don’t we hear more about her when we speak of being a “Martha”? It took a personal appearance after His resurrection for Jesus’ own brother to recognize Him for who He is. (See 1 Corinthians 15:7.) Yet long before James and many others made any such declaration, Martha had already beaten them to the punch.

Finally, one other detail should be noted about Martha in verse 28. After her interaction with Jesus, John records that she went to get Mary, saying to her in private, “The Teacher is here and is calling for you.” John not only tells us what Martha said to her sister, but also how she approached Mary to give her the message. Most likely Martha spoke secretly with Mary so that the other Jews who had gathered in her home would not go flocking to Jesus as well. But could it be that Martha was also taking her sister’s state of grief into consideration, and thus approached her in a more gentle fashion? I like to think that this second explanation is part of John’s inclusion of that detail, for by it we catch a glimpse of how Martha’s demeanor may have changed from that of the agitated hostess we first met back in Luke 10. If so, then we also see that though she was head strong, Martha was also pliable.

Who, then, was Martha of Bethany? A busy, hard-working, head of house? Yes, but that’s only one aspect to this incredible woman! As we have seen, Martha was also generous and organized, she was smart and focused; her bold prayers and interactions with Jesus reflected both great faith in and familiarity with the Son of God (as she called Him). She loved Jesus, and He loved her as much as He did her sister. Mary beautifully prepared Jesus for His burial, but Martha boldly prepared the world for His resurrection and return. A pioneer of the faith and one to be admired and in many ways emulated, that’s who Martha was.

So, the next time you are called out for being a “Martha,” which is especially likely during this busy holiday season, recognize what’s being expressed and make adjustments, but also remember to take that resemblance as a compliment! And if, like me, you more so resemble weepy Mary, take time to see the other stellar qualities in your “sister,” and give her the encouragement and praise she both needs and deserves. And for goodness sake, let’s all join with John and go to work at redeeming the half-begotten reputation of Martha of Bethany, a remarkable biblical figure. 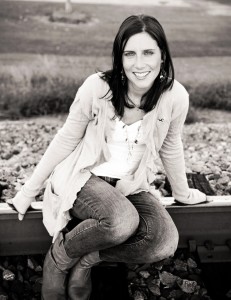